If you have children who you think might be vulnerable to online grooming or you suspect your partner of cheating on you, you might be looking for a free phone tracker by number. Maybe you’re a business owner concerned about the productivity of a member of staff – or an entire team – and you want to find out what they are up to when they should be working.

There are a whole variety of reasons that you might want to spy on a phone – and a quick online search will return plenty of sites that claim to be the best free cell phone tracker. When you’re desperate to discover how the target device is being used, it can be tempting to click on one of these free sites and give them a try. 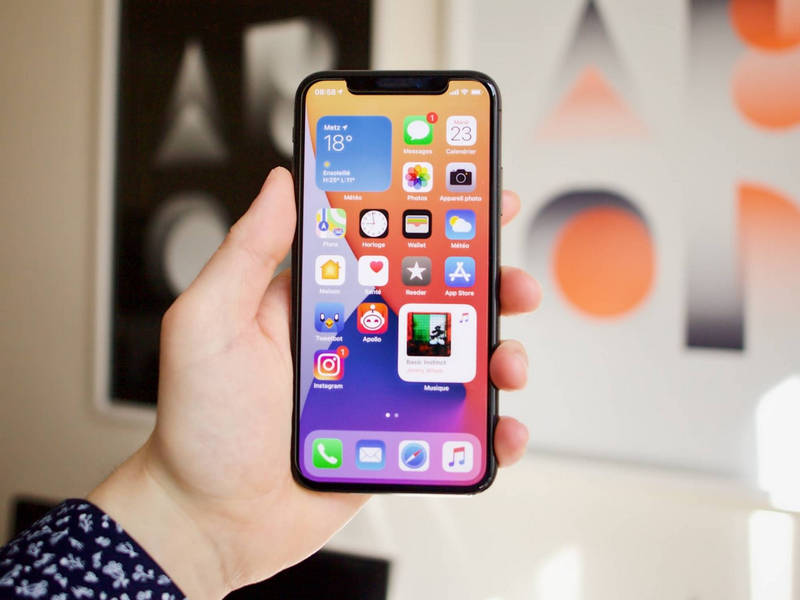 In either case, what you won’t achieve is free cell phone tracking. In the first scenario, you will sign up to a substandard product that will provide some information about activity on the target advice, but will not give you full access. That means that any messages or communications using apps you don’t have access to will remain unseen by the free phone tracker by number and by you. In addition, you will be inundated with ads on your phone and via email, and your contact details will continue to be sold on to more sites so there will be no getting away from this ad bombardment.

The second scenario will put either your phone or the target device at risk of being hacked. Aside from being illegal, these free mobile trackers online are run by unscrupulous individuals who will think nothing of identification fraud, logging into details of bank accounts stored on the phone, abusing contact lists and downloading any stored images for their own purposes.

Part 1: What Is the Best Free Phone Tracker by Number?

Often, you will know the number for the device you want to track but will have no other details of it and can’t (or don’t want to) physically touch the phone due to the increased risk getting caught.

Part 2: Can I Install A Cell Phone Tracker on My Phone?

Before we get into looking at some of the options for spy apps to track a cell phone, it’s also worth noting that whether or not you can track a cell phone remotely depends on a number of factors. These include the location and manufacture of the device.

Part 3: What Are the Best Cell Phone Trackers and What Can They Do?

Spylix for tracking a cell phone by number

Spylix is the best spy app for tracking a cell phone by number. It supports 40 data types and can be installed quickly in just three simple steps even if you have little or no knowledge of technology. Spylix is packed full of the latest cell phone tracker feature and outplays all competitors when it comes to functionality.

Spylix operates in stealth mode so you can track a cell phone without being detected and view all incoming and outgoing communications to see what the user is really up to.

After signing up to Spylix, you will be able to access your dashboard from any PC, laptop or mobile device in real-time so you will never miss a thing when it comes to data, images or messages sent to or from the target cell phone.

Unlike some other spy app, Spylix doesn’t require you to jailbreak the device so the data you uncover is safe. In fact, Spylix doesn’t store the information on its own systems and the app is end-to-end encrypted so there is no risk of data leaks.

Compared with other free phone trackers by number, Spylix is compatible with all iOS and Android devices and allows you to:

To set up Spylix on iOS, all you need are the iCloud credentials. For setting up the Spylix spy app on Android, you will need access to the target device. You will only need to access the device once, and the spyware will be hidden so the user will have idea that you're tracking their cell phone.

uMobix is cheaper than Spylix but has fewer functions but more expensive than other free phone trackers by number. While it does what it does quite well, it does not provide access to as many data types as Spylix so cannot be considered a comprehensive way to track a cell phone by number. It’s easy to instal, but if you use uMobox to track a cell phone, you always need to be aware that there are elements of the phone’s data that you do not have access too. For this reason, tracking a cell phone by number with uMobix is not recommended as it will fail to put you mind at ease.

The uMobix dashboard is difficult to navigate and requires a reasonable level of technical knowledge. Unfortunately, the customer service offered is quite poor too, so if you do have problems accessing data from the target cell phone, help is not always at hand. Even when you can access and navigate the dashboard, the limited number of available functions on uMobix means you have to spend a lot more time searching for data than you would with the Spylix spy app. Spylix customer support is available 24/7 and is highly regarded.

FlexiSPY is a decent cell phone tracker and can be used to track a cell phone by number, but it’s very expensive. 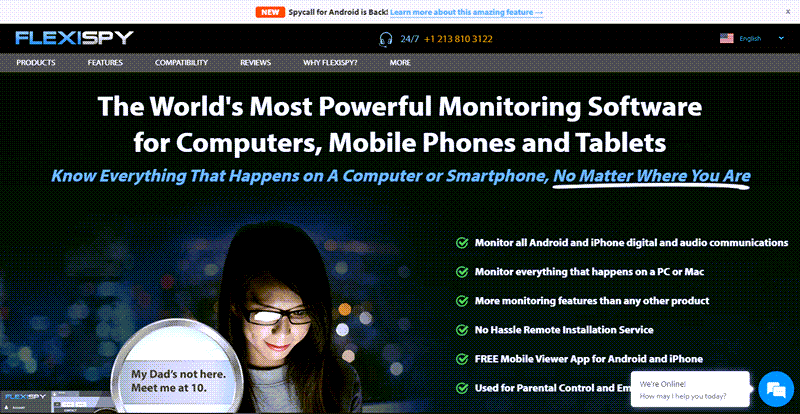 Compared with other free phone trackers by number, FlexiSPY offers all the functions you would want from a spy app including the ability to track:

While it performs well, FlexiSPY fails to justify its price tag. Spylix does the job just as well but at a fraction of the cost.

A Lite Plan is available but has so few functions that it is not even worth considering. Some free apps for tracking a cell phone even offer a similar level of spying capability.

Up until recently, Clevguard was a respected name in the spy app industry and may well have been suggested as the best spy app for tracking a cell phone by number.

However, following a serious data leak, Clevguard is no longer considered a good quality spy app. It performs not better than other free phone trackers by number. Spy app users need to have full confidence in the app to track the target cell phone and provide details of communication to and from it, without fear of data being leaked.

As an end-to-end encrypted app, Spylix gives users that assurance. Data that you track is only viewable by you so it is 100% safe and there is no risk of it being leaked in the same way that data stored by Clevguard was.

Mobistealth is quite simple to use but its 5-step set-up process makes it more challenging to set up when compared with the Spylix spy app. 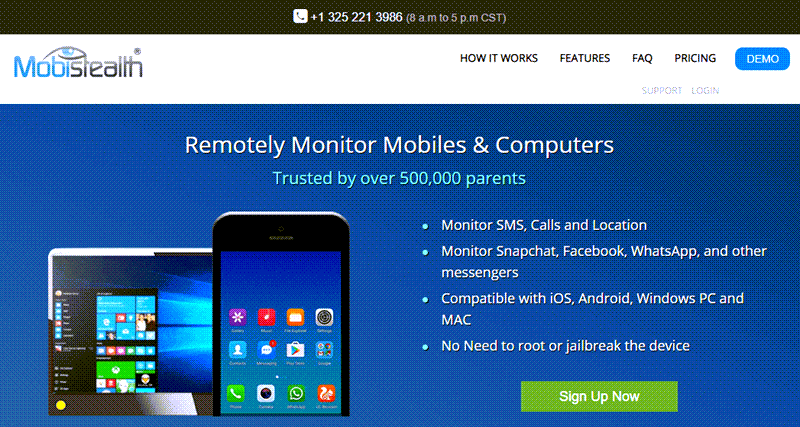 Mobistealth does offer a full range of spying functions and can be used to track a cell phone by number but it is very expensive and therefore can't be called the best spy app. When compared with Spylix, Mobistealth was seen to have marginally fewer functions and longer set up process but cost a lot more. Therefore, Spylix has to be considered the superior spy app.

mSpy is a relatively new player in the game and the majority of its customers are parents looking to track cell phone activity of their kids. mSpy can be used to track a cell phone by number but only has a limited number of functions and supports very few data types. 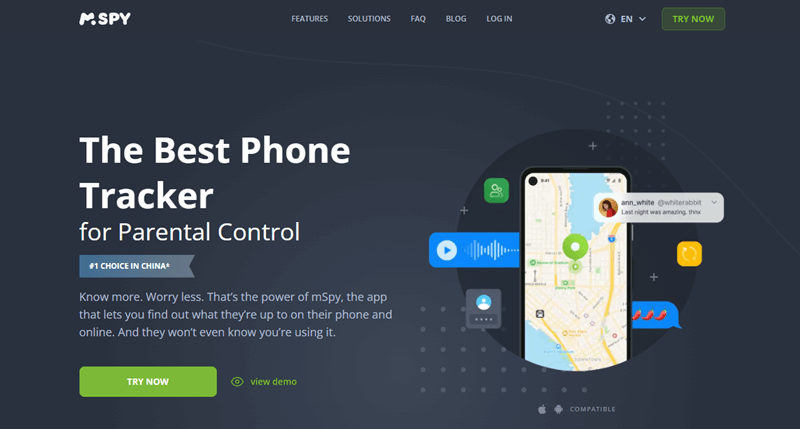 When compared to our number one spy app for tracking a cell phone by number, Spylix, mSpy falls way short in terms of functionality, usability and data types supported.

There are several options if you are looking for the best free phone trackers by number. An internet search will return numerous phone trackers for free as well as some paid for options. With so much choice and all of the, claiming to superior to the rest, determining the best spy app can be challenging to say the least.

That’s why we tested a variety of cell phone trackers with different functions and price points. Free phone trackers by number and those at the cheaper end of the market performed worst, with some of those available for nothing but causing damage to the device or causing it to slow down. The more expensive options were easier to navigate bora features and, with exception of Clevguard, were considered safe to use.

In conclusion, for the best spy app at the best price with the best customer support services, Spylix came out on top. If you are in want of a free phone tracker by number, Spylix is your first choice. Get it now!